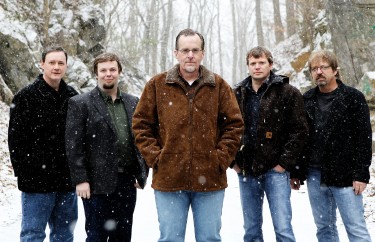 The Boxcars, one of the hottest bands in bluegrass music (and 2013 GRAMMY nominee for Best Bluegrass Album), will take the stage at Lone Star Fest on Saturday, March 14, 2015.  Just a short time ago, the name “The Boxcars” meant nothing.  A few years later, the name is synonymous with the five guys that make up this ground breaking band – Adam Steffey, Ron Stewart, Keith Garrett, Harold Nixon and Gary Hultman.  They don’t sound like anyone else, but yet they capture the excitement of the seminal bands that preceeded them in the genre and combine it with cutting-edge sounds of modern bluegrass music.  The result is – well, magical.  There is no substitute for chemistry between band members, and these guys have it.

The Boxcars racked up nine IBMA Awards in their first three years as a band, including awards for Instrumental Group of the Year, Emerging Artist of Year, Mandolin Player of Year, Banjo Player of the Year, and Fiddle Player of the Year.  Their latest release, It’s Just a Road, was nominated for a GRAMMY in 2013 for Best Bluegrass Album.  These guys have been integral parts of many outstanding and award-winning bands over the years, including Alison Krauss & Union Station, the Lonesome River Band, Blue Moon Rising, the Dan Tyminski Band, J. D. Crowe & The New South, Dusty Miller, the Lynn Morris Band, and Blue Moon Rising.  Between them, they hold dozens of IBMA awards, GRAMMY awards and nominations, and other accolades.  And you just won’t find a better group of guys anywhere.

Mario Tarradell, music critic and writer formerly of the Dallas Morning News, has this to say about  The Boxcars.