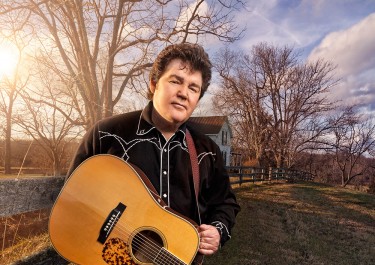 GRAMMY winner Marty Raybon, the voice of such classic country hits as The Church on Cumberland Road, Next to You Sitting Next to Me, and Somewhere in the Vicinity of the Heart will take the stage with his bluegrass band Full Circle at Lone Star Fest on Saturday, March 14, 2015.  According to Gary LeVox, lead singer of superstar country group Rascal Flatts, Marty is “the greatest singer on the planet to this day!”

Throughout a musical career spanning nearly three decades, Marty has produced a remarkable list of career accomplishments including multiple number one singles, top selling albums, IBMA, CMA, ACM, and GRAMMY awards along with scores of other accolades.  His contributions to the recording industry have sold into the millions, and he has performed thousands of concerts all over the world.  Country music star Josh Turner says that Marty is “one of the best soul singers in music.  He gets inside a song and turns it inside out.  When you listen to him sing, he makes every word sound important and makes you feel as though he is singing straight to you.  I love everything he’s done.  He’s a great singer, a great artist, and a great man.”

Mario Tarradell, music critic and writer formerly of the Dallas Morning News, has this to say about Marty Raybon, who is scheduled to perform on Saturday at Lone Star Fest.